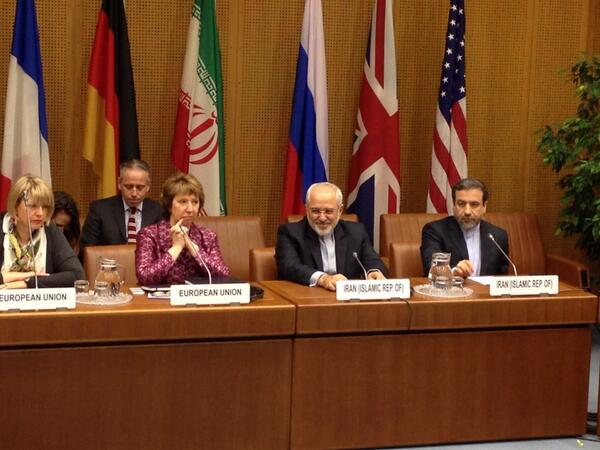 Iranian Foreign Minister Mohammed Javad Zarif (pictured) said on Wednesday, the eighth day of talks between Iran and the 5+1 Powers seeking a comprehensive nuclear deal, “We have agreed on about 50 percent of text, but this doesn’t mean we’ve reached agreement on the differences that remain.”

The two sides began drafting of a general text last weekend, but major points of contention include Iran’s centrifuges for uranium enrichment, the status of facilities such as the Arak heavy-water reactor and the Fordoo enrichment plant, and the lifting of US-led sanctions on Tehran.

In an attempt to resolve one of the issues, Iran said on Wednesday that it was willing to discuss conversionof the Fordoo plant away from production of enriched uranium.

“One proposal is changing the Fordow site into a research and development and back-up site for Natanz,” said Ali Akbar Salehi, head of the Atomic Energy Organisation.

Fordoo, first announced in 2009, was opened as a second plant for the production of 20%-enriched uranium. However, Iran suspended the 20% output after reaching an interim agreement with the 5+1 Powers last November, converting its existing stock to oxide power or diluting it to 5%.

However, there was no sign of compromise over the primary issue in the talks, the number and level of centrifuges that Iran can operate for enrichment.

Iran has said it wants to significantly expand its stock of 19,000 centrifuges, but the US and European partners are insisting on a reduction.

This week, Iranian officials — including the Supreme Leader — confirmed that talks are now considering “separative work units” rather than numbers of centrifuges as the basis for an agreement; however, the arrangement faces the obstacle that the 5+1 Powers are unlikely to accept Iran’s development of advanced models of centrifuges.

US and Iraqi officials have said that Iran has returned three Russian-made SU-25 Sukhoi fighter jets to the Iraqi Government for deployment against insurgents.

Last month Russia said it was despatched 12 SU-25s to Baghdad, following a request by Iraqi Prime Minister Nuri al-Maliki. However, Iranian officials have repeatedly denied the return of any fighter jets, flown from Iraq to Tehran for safekeeping during the 1991 Gulf War.

An American official said that at least one of the planes had been flown by an Iranian pilot, but a senior Iraqi official insisted that the aircraft were being piloted only by Iraqis.