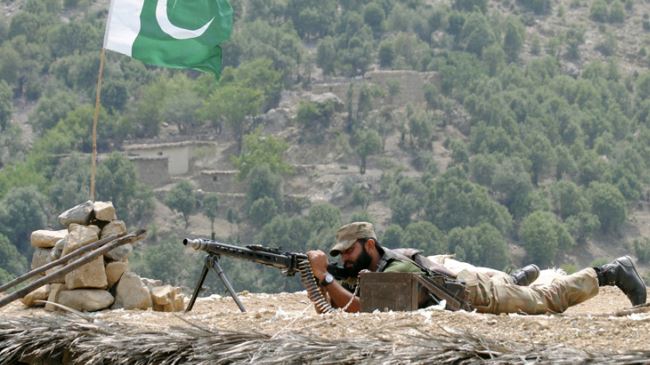 A Pakistani army soldier is seen at an observation post in the tribal region of North Waziristan. (File photo)

Pakistan’s army has seized control of 80 percent of Miranshah, the capital of the remote tribal region of North Waziristan, from pro-Taliban militants, a senior army official says.

Major General Zafarullah Khan, the top commander in the region, said on Wednesday that 80 percent of Miranshah and the adjoining areas have been cleared of the pro-Taliban militants during military operations, adding, however, that the army is still facing resistance in some areas.

“North Waziristan had transformed into a hub and safe haven for terrorists of all colors and creeds,” he said.

The Pakistani army began the offensive against militant hideouts in the volatile North Waziristan tribal region on June 15. The operations came after a raid by the pro-Taliban militants on Karachi’s Jinnah International Airport on June 8, in which 37 people were killed. On June 9, the militants also carried out another attack on a training center outside the airport in Karachi.

Pakistan’s Fata Disaster Management Authority (FDMA) announced this week that the number of the internally displaced persons (IDPs) in the country’s North Waziristan Agency has reached almost 800,000 since the army’s operation against the pro-Taliban militants started in the area.