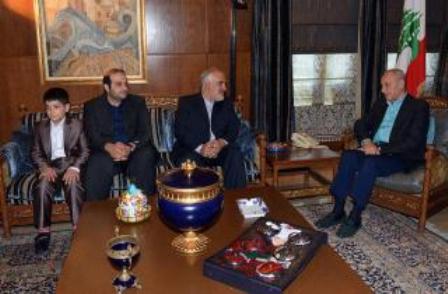 Fathali told reporters after the meeting that Berri expressed solidarity with the families of abducted Iranian diplomats.

Ahmad Motavesseliyan, Seyyed Mohsen Mousavi and Taqi Rastgar- Moqaddam along with Kazem Akhavan, a photojournalist, were abducted on their way from Tripoli to Iranˈs Embassy in Beirut by Lebanese Phalange forces on July 4, 1982.

Fathali also said that Lebanese Parliament Speaker promised to do his best to pursue the case of the Iranian diplomats.

The families also explained the measures they have so far taken in this regard, he said, noting that they said they expected the Lebanese government to make further efforts in pursuing the case.