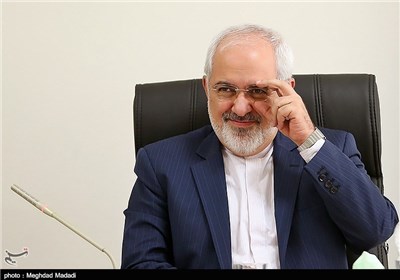 The Iranian negotiators have been and are always grateful for the Supreme Leader, without whose backing no success could be achieved in the nuclear talks with world powers, Mohammad Javad Zarif said on Tuesday in Vienna.

Zarif, who is heading the Iranian team of nuclear negotiators, referred to the Leader’s recent remarks about the country’s peaceful nuclear program, stressing that Ayatollah Khamenei’s comments give guidelines for diplomats to make progress in the talks.

While Iran and the sextet of world powers (the five permanent UN Security Council members plus Germany) have launched a fresh round of high-profile talks in the Austrian capital of Vienna since July 2 to hammer out a comprehensive deal on Tehran’s nuclear case, Ayatollah Khamenei on Monday rejected the West’s attempts to curb Tehran’s nuclear energy program, underlining that the country definitely needs an enrichment capacity of 190,000 Separative Work Units (SWUs).

Imam Khamenei also lent his support to the country’s nuclear negotiators, and noted, “We trust in our country’s negotiating team and are sure that they will refuse consent for violation of the rights of the country and nation and of the Iranian nation’s dignity, and will not let this happen either.”