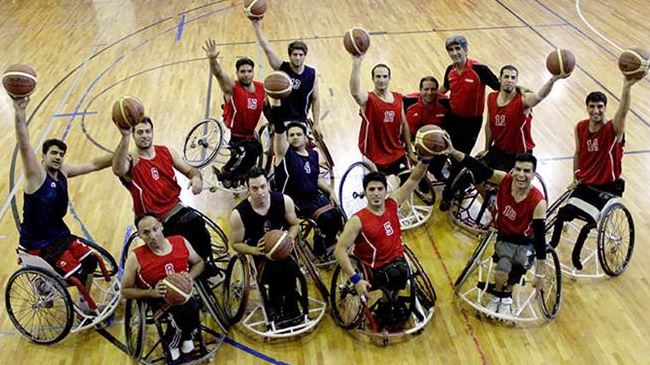 Iran men’s national wheelchair basketball team has notched up its first victory in the second round of the 2014 World Wheelchair Basketball Championships in South Korea after beating Argentina.

On Wednesday, the Iranian side sealed a close and grinding 53-51 victory over Argentines in a match held at the Samsan World Sports Complex in South Korea’s northwestern port city of Incheon.

The Iranian wheelchair basketball players  outscored the South Americans 12-9 in the first quarter. The second quarter played out much like the first, with the Iranian team utilizing some quality offensive breaks to win it 19-11.

However, Argentina rallied in the third quarter and managed to edge past the Iranians with 18 points to 7.

In the final quarter, momentum was clearly with the Iranian outfit, who chipped the deficit down and could level the score at 51-51 eight seconds before the final whistle.

The Iranian physically-challenged sportsmen finally clinched a 15-13 win in the fourth round, and scored a 53-51 victory over Argentina.

The Iranian team will return to action on Thursday as it plays against South Korea.