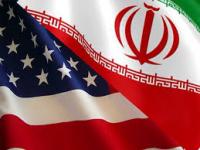 Akbar Hashemi Rafsanjani, the head of Iran’s Expediency Council, says Iran has shared interests with the U.S. in Iraq and there is no reason to avoid collaboration between the two countries on these matters.

In an interview with the Japanese daily Asahi on Wednesday July 9, Hashemi Rafsanjani said: “If necessary, Iran can collaborate with the U.S. and Saudi Arabia.”

Hahsemi Rafsanjani said fighting terrorism is a shared interest for Iraq, Iran and the U.S., and their collaboration on this matter can benefit all countries of the world.

U.S. President Barack Obama has been quoted as saying that Iran, like the U.S., respects the unity and equal rights of Sunnis and Shias in Iraq and, therefore, it can have a constructive role in establishing stability in the region.

Iranian President Hassan Rohani said in June that if the U.S. takes action against DAESH (the Islamic State of Iraq and Levant), Iran will consider cooperating with them.

The extremist group Islamic State of Iraq and Levant has taken control of parts of Iraq and Syria.