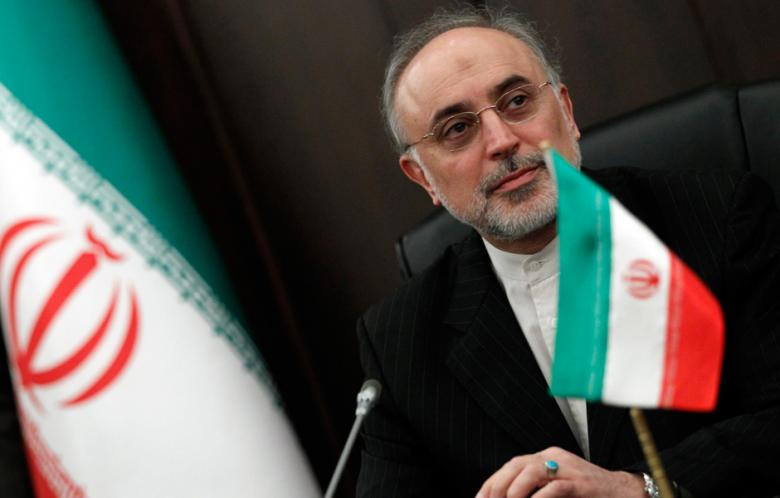 “The trend of the negotiations is making progress,” Salehi told FNA on Wednesday.

Asked about the recent remarks by a US official who said if Iran does not compromise with the G5+1 they will quit the talks, the AEOI chief said, “Iran has a specific policy in this regard and the framework of the negotiations is clear to Tehran.”

Yesterday, Salehi underlined that the developments in the world and the US indicate that Washington has no way but to interact with Tehran.

He noted that Iran has also made efforts to obviate concerns about its nuclear program.

“Analyzing the current global issues realistically accompanied by the realities happening in the US, we come to the conclusion that the US has no way but interaction with Iran,” Salehi said in an interview with the state-run TV.

Stressing that Iran has logical demands and the world public opinion has understood this fact, he said, “We have made our utmost efforts to obviate their concerns through our technical measures and the existing treaties.”

Salehi referred to the interim Joint Plan of Action inked by Tehran and the Group 5+1 (the US, Russia, China, Britain and France plus Germany) in Geneva in November, and said the Plan places no restrictions on Iran’s Research and Development (R&D) but states that any R&D on nuclear materials should be carried out under the supervision of the International Atomic Energy Agency (IAEA)0.

He said that Iran has accepted this but cannot accept any other limitations on its R&D program since everyone is entitled to this program as an inalienable right.

“We do not accept to reach a solution at all costs as we insist on our rights while trying to find an acceptable, logical and long-term solution,” Zarif said in Vienna.

Asked about the future of negotiations between Iran and the world powers, he responded, “I hope that the other side will be ready to see the realities, take our word seriously and accept that the Iranian nation has never withdrawn under pressure.”

He noted that the best way for dialogue with the Iranian nation is through respecting and trying to reach mutual understanding with them.

“If they come to this conclusion, which we hope to happen in the coming days, reaching a solution will be possible,” Zarif said.

The sixth round of talks between Tehran and the G5+1 headed by the Iranian foreign minister and EU Foreign Policy Chief Catherine Ashton officially started in Vienna last week to draft a final deal between the two sides.