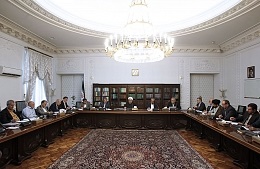 NDF to be tapped for petchem project

Safdar Hosseini said the sum is to be allocated in the current calendar year to March 2015.

“Investment in this sector has relative advantage due to the exports aspects of petrochemicals,” he said.
Hosseini said the NDF’s balance is at 40 billon dollars, adding that 2.8 billion dollars is to be earmarked for industry and agriculture.

He said 200 million dollars will be allocated to the Office of Vice-President for Science and Technology and seven billion dollars to upstream oil sector.