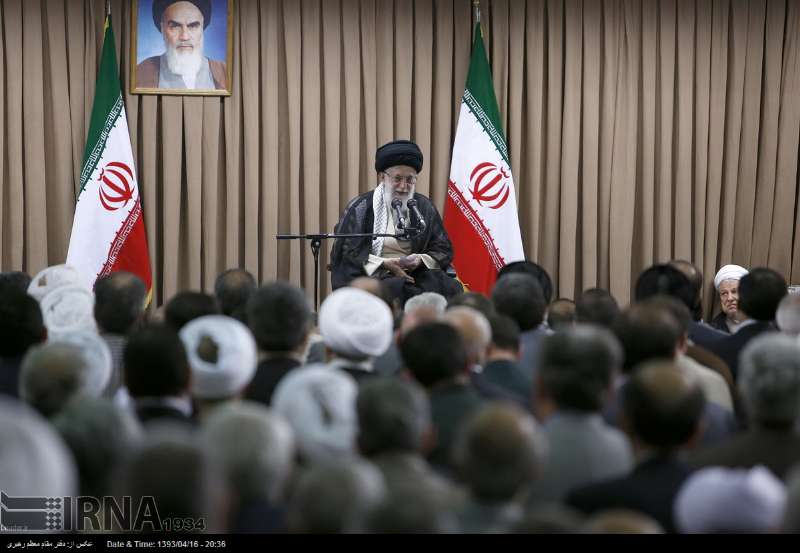 (Reuters) – Iran’s Supreme Leader Ayatollah Ali Khamenei said his country needs to significantly increase its number of centrifuges, underlining a gap in positions between Tehran and world powers as they hold talks aimed at clinching a nuclear accord.

Iran and world powers have less than two weeks to reach an agreement on the future scope of Iran’s uranium enrichment program and other issues if they are to meet a self-imposed July 20 deadline for a deal.

Iran’s enrichment capacity lies at the center of the nuclear stalemate and is seen as the hardest issue to resolve. Iran insists it needs to expand its capacity to refine uranium to fuel a planned network of atomic energy plants. The powers say Tehran must sharply reduce the capacity to prevent it being able to quickly produce a nuclear bomb.

“Their aim is that we accept a capacity of 10,000 separative work units (SWUs), which is equivalent to 10,000 centrifuges of the older type that we already have. Our officials say we need 190,000 centrifuges. Perhaps not today, but in two to five years that is the country’s absolute need,” Khamenei said in a statement published on his website late on Monday.

Tehran says its program is solely for civilian purposes such as electricity generation and denies any plan to build an atomic bomb.

Iran now has more than 19,000 installed enrichment centrifuges, mostly old-generation IR-1 machines, with about 10,000 of them operating to increase the concentration of uranium’s fissile isotope U-235.

In 2006, when the U.N. Security Council imposed its first sanctions resolution against the country, Iran had a few hundred centrifuges that it was testing. Iran has since expanded the number sharply until it stopped doing that under the November 24 interim nuclear deal agreed between Iran and the world powers.