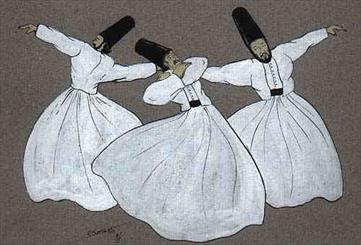 TEHRAN, July 8 (MNA) – Iranian and Turkish producers will join to work on a cinematic project about Rumi and Shams Tabrizi.

Mojtaba Raei Tavousi Mast (Persian for ‘Peacock in Ecstasy’ ) told Mehr News that international section of Iranian cinema would cooperate with Turkey for a joint production of the movie.

He added that cultural similarities between the two countries made it easier to cooperate with them for cultural activities.

On the movie script Raei said that it was a modernist interpretation of Rumi’s life and his mysticism. “Since Rumi was buried in Konya and Shams Tabrizi was buried in Khoy and everyone knows about their spiritual relations, so the connection between these two people and these two cities provide a background for a joint production of movie about their lives.

Rumi was a 13th-century Iranian poet who composed poems in Persian. His poems have been widely translated from Persian into many of the world’s languages. He has been described as the ‘most popular poet in America’ and the ‘best selling poet in the US’. He was born in an Iranian family in the city of Balkh and passed away in Konya, which is located in Turkey today.