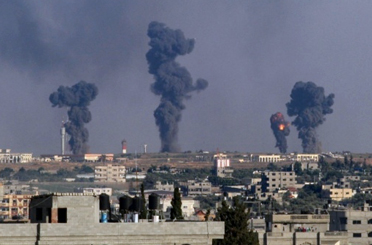 Israeli military said the attacks targeted those involved in firing rockets at Israel. Reports say Hamas fired a total number of 80 rockets into Israel on Monday following the death of seven of its members by Israel. Hamas has denounced Tel Aviv for targeting houses and threatened to broaden the range of its rockets.