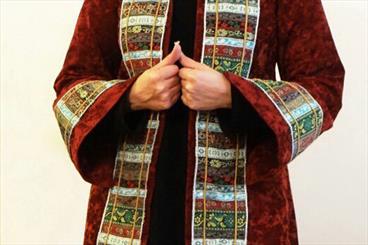 TEHRAN, July 8 (MNA) – EU foreign policy chief has welcomed an Iranian-style dress fashioned for her by an Iranian designer.

The attire was delivered to her in May and she welcomed the dress.

Hamid Qobadi, the head for Cloth and Fashion Workgroup of Iran told Mehr News that the workgroup would studies to attain diversity in designing women’s dress in accordance to Iranian culture.

Mitra Tamjidi, designer of Ms Ashton’s dress, said that she always used Iranian patterns in her works, adopted from historical Iranian clothes and modified it to harmonize it with modern vogue in dress.