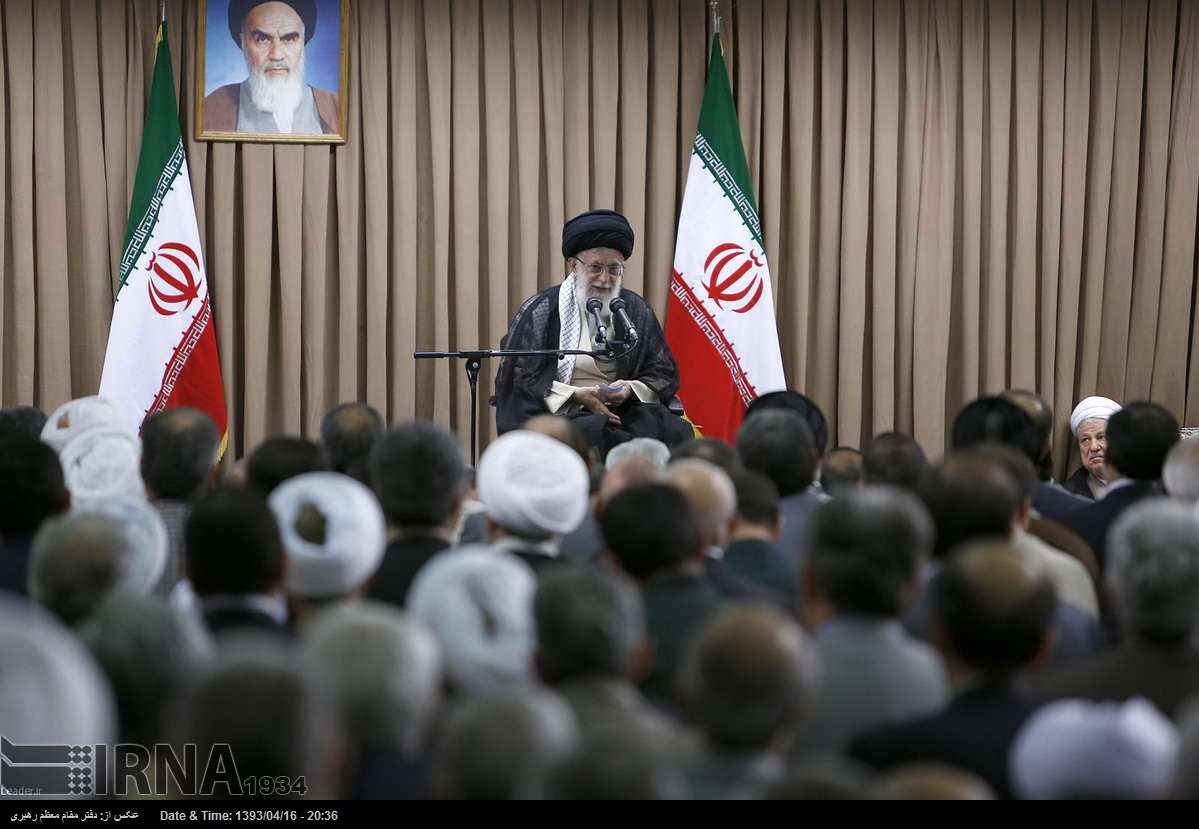 Attack on Iran not affordable for any one: Leader

The Leader of Iran’s Islamic Revolution Ayatollah Seyyed Ali Khamenei says no country can afford to launch a military attack on the country.

In a meeting with senior Iranian officials on Monday, Ayatollah Khamenei said that Israel’s military threats against Iran are constantly repeated but the United States prevents Tel Aviv from launching a strike.

“The reason for the US’ prevention [of an Israeli attack against Iran] is that [it] does not see the attack affordable and we also strongly emphasize that a military attack on the Islamic Republic is not affordable for any one,” the Leader said.

Ayatollah Khamenei said that arrogant powers have no more options against Iran except for military threats and sanctions.

“Enemy’s hand is empty in both fields of sanctions and threats,” the Leader said.

Iran’s Leader stressed that the enemies have so far failed to confront the Islamic Republic of Iran.

Ayatollah Khamenei also referred to the talks between Iran and six world powers on the Islamic Republic’s nuclear energy, stating that the uranium enrichment issue is one of the points of difference between the two sides.

Stressing that the other side is asking for too much so that Iran would be content with the least, the Leader said that their goal in the field of uranium enrichment is to persuade Iran to limit its enrichment capacity to 10 thousand Separative Work Units (SWUs).

Ayatollah Khamenei also said that according to nuclear officials, Iran needs an enrichment capacity of at least 190 thousand SWUs.

The Leader further rejected the idea of shutting down Fordo nuclear facility.

Regarding Fordo facility they say as this facility is not accessible and cannot be targeted, therefore, it should be closed which is “laughable”, Ayatollah Khamenei stated.

Iran’s right to nuclear research and development must be respected in the negotiations, the Leader added.

Iran and the five permanent members of the UN Security Council — Russia, China, France, Britain, and the United States — plus Germany have been discussing ways to sort out their differences and achieve a final deal that would end the decade-old dispute over Tehran’s nuclear energy program.

The two sides inked an interim accord in Geneva, Switzerland, on November 23, 2013. Under the deal, the six countries agreed to provide Iran with some sanctions relief in exchange for Tehran agreeing to limit certain aspects of its nuclear activities during a six-month period.

The deal came into force in January and expires on July 20, but can be extended depending on the agreement of all parties involved.