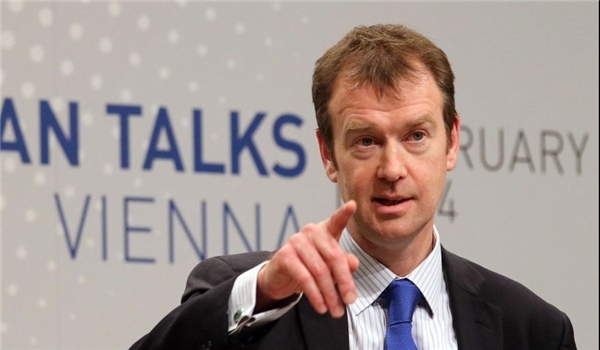 TEHRAN (FNA)- Michael Mann, the spokesman for the EU Foreign Policy Chief Catherine Ashton, announced that the negotiations underway between Iran and the Group 5+1 (the US, Russia, China, Britain and France plus Germany) are being held in a constructive and positive atmosphere.

He also said that experts of Iran and the G5+1 are holding talks to pave the ground for drafting a final deal between the two sides.

Mann dismissed time limit for ending the current round of talks, and said, “Negotiations will continue until reaching an agreement – regardless of the time it takes.”

Araqchi and Schmidt also held a meeting in Vienna Sunday afternoon to discuss the draft of the final deal.

The two officials also held a meeting on Saturday morning with Michael Mann voicing satisfaction in the outcomes of their talks.