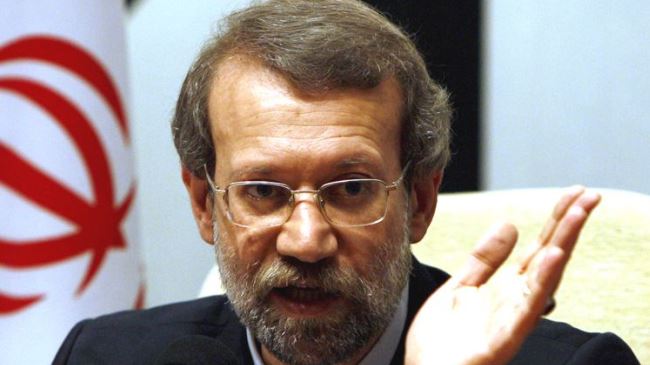 Iran’s Majlis Speaker Ali Larijani says Iran has not crossed and will never cross the country’s redlines in its negotiations with the P5+1 over Tehran’s nuclear energy program, a senior Iranian lawmaker has said.

Iran will pursue a path that would lead to the fruition of the nuclear negotiations, spokesman for the Majlis National Security and Foreign Policy Committee Seyyed Hossein Naqavi Hosseini quoted Larijani as saying during a session of the committee on Sunday.

Larijani noted that Iran and the P5+1 are divided on number of issues such as the number of Iran’s centrifuges, the Fordow nuclear facility, Arak heavy water reactor and removal of sanctions against Tehran, according to Naqavi Hosseini.

Iran and the five permanent members of the UN Security Council – the United States, France, Britain, Russia and China – plus Germany formally kicked off the sixth round of nuclear talks in the Austrian capital, Vienna, on July 3 to discuss a permanent accord.

Iran and the six countries have been discussing ways to iron out differences and achieve a final deal that would end the decade-old dispute over Tehran’s nuclear energy program.

The two sides inked an interim accord in Geneva, Switzerland, on November 23, 2013. Under the deal, the six countries agreed to provide Iran with some sanctions relief in exchange for Tehran agreeing to limit certain aspects of its nuclear activities during a six-month period. The deal came into force in January and expires on July 20, but can be extended depending on the agreement of all parties involved.