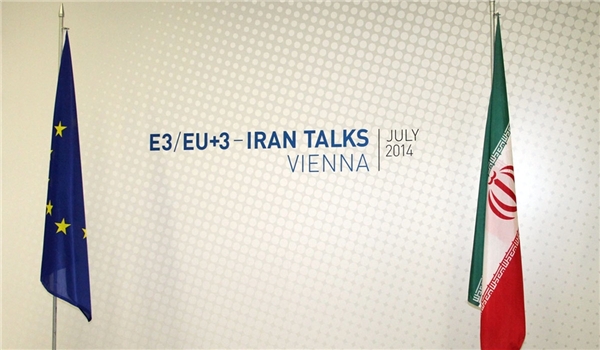 TEHRAN (FNA)- Representatives of Iran and the Group 5+1 (the US, Russia, China, Britain and France plus Germany) will continue their talks this weekend after almost one week of hectic diplomacy.

Iranian Deputy Foreign Minister and senior negotiator Seyed Abbas Araqchi and EU Foreign Policy Deputy Chief Helga Schmidt are due to hold a meeting in Vienna later this afternoon to discuss draft of a final deal between Tehran and the world powers to settle their dispute over Iran’s nuclear program.

The two officials also held a meeting on Saturday morning with Michael Mann, the spokesman for EU Foreign Policy Chief Catherine Ashton, voicing satisfaction in the outcomes of their talks.

The sixth round of talks between Tehran and the G 5+1 headed by Iranian Foreign Minister Mohammad Javad Zarif and Ashton officially started in Vienna early this week.