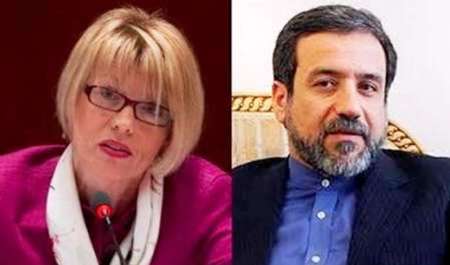 Vienna, July 6, IRNA – The fourth session of consultations for writing the text of comprehensive agreement between Iran and the six world powers (the US, Russia, China, France and Britain plus Germany) kicked off in Vienna few hours ago.

Iranian Deputy Foreign Minister for Legal and International Affairs Seyyed Abbas Araqchi and EU Foreign Policy Deputy Chief Helga Schmidt continued their writing of joint agreement while they had spent nearly 20 hours in this field in the past three days.

Iranian and G5+1 Group have begun their sixth round of nuclear talks by Iranian deputy foreign ministers and deputies of EU foreign policy chief Catherine Ashton.

Vienna 6 started in the Austrian capital on July 2 as it was previously announced, and Iranian Foreign Minister Mohammad Javad Zarif has on different occasions reiterated that if the other side has a political will to achieve a comprehensive agreement, ˈwe are fully prepared to achieve the ultimate goal.ˈ