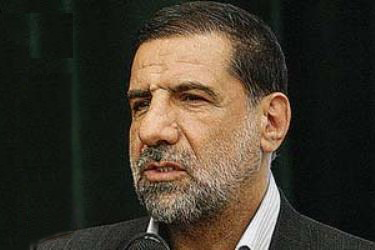 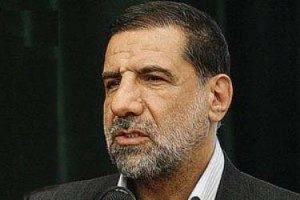 TEHRAN (FNA)- A senior lawmaker once again underlined the inalienable rights of the Iranian nation to make peaceful use of the nuclear technology, and said that the language of threat will not work.

“The westerners should know that they will not achieve their goals through threats because our nation has (its) rights and it is committed to achieving them,” member of the parliament’s National Security and Foreign Policy Commission Esmayeel Kowsari told FNA on Sunday.

The prominent lawmaker reiterated that the Iranians will not give up their rights because they are entitled to these rights under the non-proliferation treaty (NPT).

“We have always said that we are ready to negotiate, but when they want to make excessive demands through threats they should know that they will achieve no results,” Kowsari said.

Tehran is in talks with the five permanent members of the UN Security Council plus Germany to fully resolve the decade-old dispute over its nuclear energy program.

The two sides had inked an interim nuclear deal in Geneva, Switzerland, on November 24, 2013. The Geneva deal took effect on January 20. The two sides are now in pursuit of a final comprehensive deal.

Iran has repeatedly emphasized that its nuclear energy program is meant for civilian purposes only.

The IAEA in its recent report confirmed Iran’s commitment to the interim deal it struck with the Group 5+1 (the US, Russia, China, France and Britain plus Germany) in Geneva in late November.

The monthly update report by the IAEA showed that Iran was meeting its commitments to limit certain aspects of its nuclear energy program under the Geneva deal.

The report noted that Iran has acted to eliminate virtually all its stockpile of 20-percent enriched uranium gas.

The report also stated that since the Geneva nuclear deal took effect on January 20, Iran has either diluted to a lower enrichment level or fed for conversion into oxide form more than 97 percent of its uranium gas stock refined to a fissile concentration of 20 percent.

Iran and the G5+1 clinched a landmark interim deal in the Swiss city of Geneva on November 24, 2013.

Under the Geneva deal, dubbed the Joint Plan of Action, the six countries undertook to provide Iran with some sanctions relief in exchange for Iran agreeing to limit certain aspects of its nuclear activities during a six-month period.

As part of the interim deal, Iran suspended 20-percent uranium enrichment as of January 20 when the agreement came into force. Iran then started to dilute and oxidize its 196-kg stockpile of 20-percent-enriched uranium.