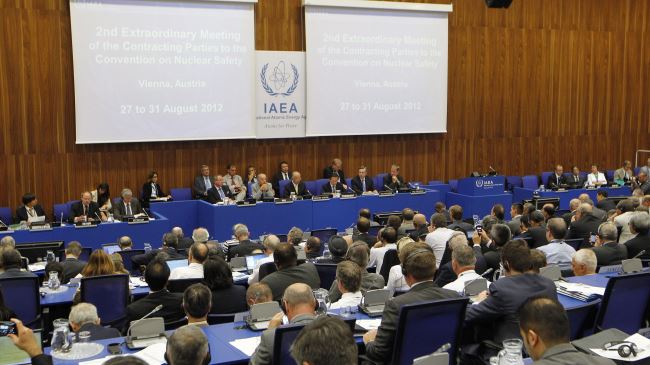 Hossein Naqavi-Hosseini said Saturday that the disclosure of Iran’s nuclear information is a clear violation by the IAEA.

Naqavi-Hosseini, the spokesman of the Majlis National Security and Foreign Policy Committee, warned that “if reports and information related to Iran were not sufficiently secure, the cooperation with the IAEA would be reconsidered.”

The Iranian official expressed regret that many times after sending Iran’s secret reports to the Agency, the information has been obtained by Israeli spy agencies, which cost Iran dearly and led to assassination of Iranian nuclear scientists.

The lawmaker added that the leak of the secret data shows that the Agency is unable to manage and control information.

Iran and the International Atomic Energy Agency signed an agreement in November 2013, to outline a roadmap for bilateral cooperation on certain outstanding issues. Under the deal, Iran agreed, on a voluntary basis, to allow IAEA inspectors to visit Arak heavy water plant and Gachin uranium mine.

The IAEA inspectors visited Arak heavy water production plant on December 8, 2013, as the first step to be implemented under the Iran-IAEA agreement.

IAEA inspectors also paid a five-hour visit to Gachin uranium mine in southern Iran in January.

The IAEA Safeguards Agreement does not require Tehran to authorize IAEA inspectors to visit those sites.