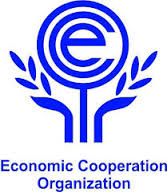 Tehran, July 6, IRNA – A senior Iranian member of the ECO Chamber of Commerce and Industries (ECO-CCI) said that the country tops intergovernmental trade among its member-states.

Ahmad Asghari said Iran imported $5.1b worth commodities from the ECO nations in 2012, while its exports stood at $6.3b.

Asghari, however, said despite ECO’s rising trade, it has not lived up to expectations.

“With regard to the potentials of ECO member-states, there is a large gap between the organization’s rightful status and its current position as a trade body,” Sundayˈs edition of the English-language paper ˈIran Dailyˈ quoted Asghari as saying.

Asghari said the chamber has made efforts to facilitate business trips among members, noting that establishment of an ECO free trade zone is one of the chamber’s targets.

“The ECO-CCI has put forward a proposal for devising a joint visa plan,” he said.

Asghari said tapping ECO’s potentials can not only boost regional trade, but introduce Iran as a frontrunner in the organization.

He said the Persian Gulf and Caspian Sea can be used as marine corridors for reexports among the member states, if free trade zones are expanded.

“The transit of commodities via Iranian waters can help boost trade among ECO member-states that are landlocked,” he said.

The senior member of the ECO’s chamber noted that the body helps sort out legal and trade differences.

“Calling for tenders and gathering statistical information on economic and industrial sectors are also among the ECO-CCI’s programs,” he said.

ECO, as an intergovernmental regional platform, plays an important role in world trade. The organization’s foreign trade reached $392b in 2012, which stood at $300b in 2010.