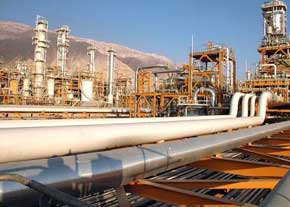 TEHRAN July 6 (Shana)–Iran has distributed more than 2.2 billion liters of euro-4 gasoline in three cities including the capital Tehran over the past six months, the manager of a refinery producing euro-4 said.

Ali Shirazizadeh, managing-director of Imam Khomeini Refinery, said the gasoline produced in this refinery was distributed also in Karaj and Arak cities.