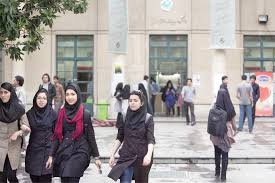 Women and entrepreneurship in Iran

Entrepreneurship has deep roots in Iranian culture. From taking charge of family-owned ho­­­jrehs (small shops) in traditional bazaars to forming technology start ups, the desire to start one’s own business has persisted throughout Iran despite (if not because of) the pressures of international sanctions. For the past 18 months, the Iranian media has led public discussions on the importance of supporting entrepreneurship and its direct link with fostering economic growth and creating jobs. Associations and groups dedicated to entrepreneurship have sprung up in small towns and urban areas, with members connecting on social media.

The rise of entrepreneurship is not surprising. After all, the state has failed to address unemployment, particularly among educated youth and women. During his administration, President Mahmoud Ahmadinejad’s plan for women’s employment focused on small businesses they could run at home, while looking after their children. Certainly, balancing work with household duties remains a daunting task for many women in Iran and elsewhere. But, in Iran, the state has primarily defined women as mothers and wives who are expected to take the back seat to men’s advancement.

As experts and academics have argued, Iran’s dismal economic status requires both men and women to work. These specialists have also suggested that educated women should take the risk of starting their own businesses in order to confront gender inequality within their families and society. Experts warn that continuous framing of women as mothers, teachers, and seamstresses in textbooks affects the confidence of female children and inhibits them from taking risks in the long run.

Although primary and secondary school textbooks do not address entrepreneurship, several universities including Tehran University and Sharif Technical University, offer courses on entrepreneurship to undergraduate and graduate students. Recently, several Iranian magazines and on-line news agencies have published cover stories about successful female entrepreneurs in the country who have fearlessly started businesses that most men would be reluctant to pursue. Mojgan Roustaie who is reportedly the first woman to raise crocodiles in Iran is the poster child of female entrepreneurship. Another entrepreneur, Manijeh Ebn-e Sabet manages the day-to-day operations of several mines in an industry dominated by men. Thanks to these women, Iranian girls have role models who demonstrate they are not restricted to becoming teachers or seamstresses, respectable professions that do not interfere with their roles as mothers and wives.

While their entrepreneurship rates track regional trends, Iranian women still have a long way to go. Although accurate national statistics measuring female entrepreneurial activity is unavailable, women’s overall economic participation makes up only 13 percent of the entire economy. This figure does not reflect women’s participation in the informal economy and home businesses. Regardless, the problem of inadequate female participation in the economy lies in the education system. If the Iranian Ministry of Education would present a gender egalitarian image of Iranian women’s roles beyond the family setting, budding future entrepreneurs can overcome their fears of failure and confront gender inequality in family and society.