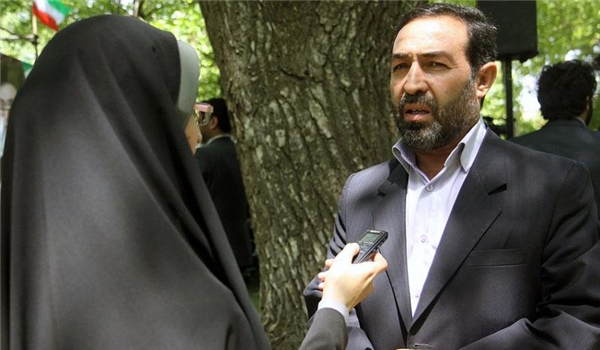 Iranian lawmaker: US not sincere in fighting terrorism

TEHRAN (FNA)- A senior Iranian legislator underlined that Washington is not sincere in its claims about war on terrorism, specially in the region, and rejected Tehran’s cooperation with the US in combat against terrorists in Iraq.

“The Americans on one hand support the terrorists and on the other hand speaks of fighting these terrorists,” member of the parliament’s National Security and Foreign Policy Commission Mohammad Esmayeeli told FNA on Saturday.

The Americans have shown a double-standard behavior towards the terrorists, he said, adding that the US is not sincere in fighting terrorism.

He dismissed any cooperation with the US in fighting the terrorist groups in Iraq, and said the Islamic Republic will act upon its interests in Iraq and will help the country’s government in combat against the terrorists if demanded by Baghdad.

In relevant remarks on Wednesday, Iran’s Judiciary Chief Sadeq Amoli Larijani lashed out at the US and other western states for their double-standard policies on terrorism in and out of Iraq.

He said that the US and Israel which are displeased with the democratic elections recently held in Iraq and Syria are now happy with the terrorist operations happening in the two countries, which explains their double-standard policies on terrorism.

Amoli Larijani underlined that the events in the Middle-East indicate that the West doesn’t care for human rights and democracy at all.