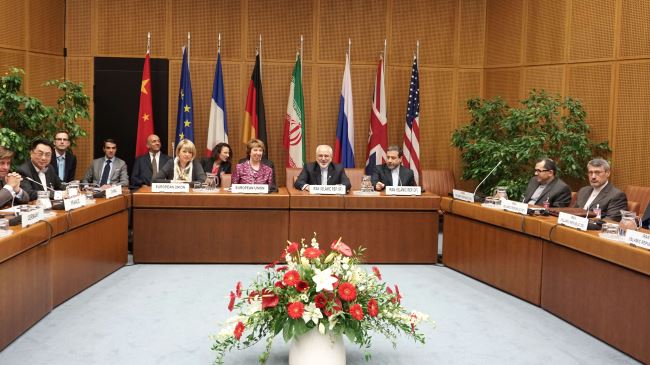 team is holding bilateral and multilateral talks with delegations from six world powers as drafting the text of a final nuclear accord starts.

The Iranian team held a brief meeting with Helga Schmid, a deputy for EU foreign policy chief, Catherine Ashton, in the Austrian capital, Vienna, on Friday.

Meantime, nuclear negotiators from Iran and the United States held a one-on-one meeting for consultation over the draft of the final accord.

Iran and the five permanent members of the UN Security Council – the United States, Russia, China, Britain and France – plus Germany formally kicked off the sixth round of nuclear talks on Thursday to discuss a final accord.

Iran and the six countries have been discussing ways to iron out differences and achieve a final deal that would end the decade-old dispute over Tehran’s nuclear energy program.