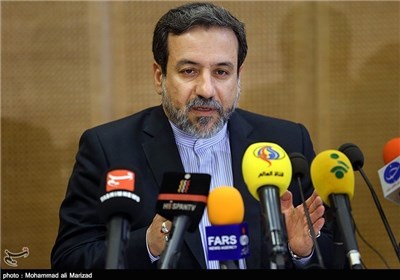 Iran’s nuclear negotiator: Much work remains to narrow down differences

TEHRAN (Tasnim) – A top Iranian negotiator engaged in nuclear talks between Tehran and the sextet of world powers said the two sides are divided on a wide range of issues, stressing that multiple meetings are required to reach an agreement.

“A text has been prepared for drafting, but we have conflicting views on almost the entire proposed issues,” Iran’s Deputy Foreign Minister Abbas Araqchi told reporters at a press conference in Vienna on Thursday night.

Araqchi, who along with Foreign Minister Zarif is leading the Iranian delegation in the new round of nuclear talks with six world powers, added that bridging differences needs “a lot of work” and that multiple meetings are required to come to a compromise on the “principles” so that they could take the form of a written deal.

Iran and the Group 5+1 (the five permanent UN Security Council members plus Germany) officially opened the 6th round of nuclear negotiations in the Austrian capital city of Vienna on Thursday.

The two sides have less than three weeks to clinch a deal by their self-imposed deadline for a deal of July 20.

Elsewhere in the conference, Araqchi said all negotiating parties are trying to make the most of the time remaining until July 20 deadline and to set down the agreements in writing afterwards.

The new round of talks will continue until at least July 15. If required, the parties would carry on consultations to the last moment on July 20.