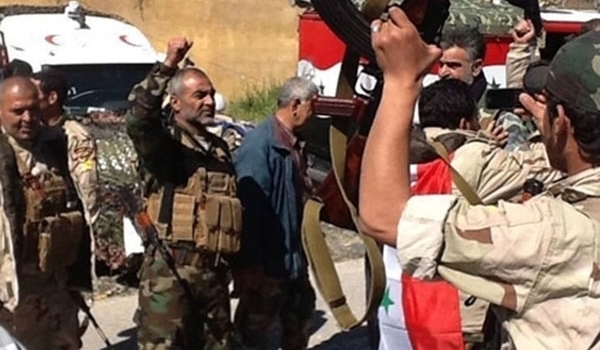 TEHRAN (FNA)- Units of the Syrian army on Thursday killed militants in several provinces and destroyed their weaponry and hideouts.

The army units killed and injured a number of militants and destroyed a number of cars in addition to an ammunition cache in Tal Jibbin in the army operation.

A military source said that an army unit thwarted an armed group’s infiltration attempt from Tissiya town in Daraa countryside on the Syrian-Jordanian borders into a military checkpoint, killing and injuring a number of its members.