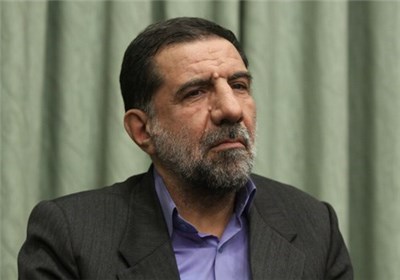 TEHRAN (Tasnim) – A senior Iranian lawmaker said that terrorist groups such as the so called Islamic State in Iraq and the Levant (ISIL), al-Qaeda, and Taliban are stooges of Israel and Saudi Arabia, adding that the US and Israel are the main plotters of terrorist operations.

Speaking to the Tasnim News Agency , Esmail Kowsari, a member of the parliament’s national security and foreign policy commission, said the terrorist groups primarily wanted to bring up unrest in countries like Syria but they failed both politically and militarily in Syria.

The lawmaker further said the total failure in Syria made the terrorism supporters namely the US, Israel, and Saudi Arabia form the ISIL Takfiri (extremist) group in Iraq.

Kowsari underlined that the recent developments in Iraq show that the terrorist group will soon be defeated especially after the Iraqi clerics called on people to take up arms and fight the ISIL Takfiri group.

The Iranian parliamentarian reiterated that Iran would diplomatically and socially support its neighboring country of Iraq and continue efforts for establishing stability in the country.

The ISIL militants have stormed across much of northern Iraq, capturing several cities, seizing several border crossings with Jordan and Syria and advancing to capital Baghdad. Later, Iraqi security forces launched major offensives to retake control of the captured areas.