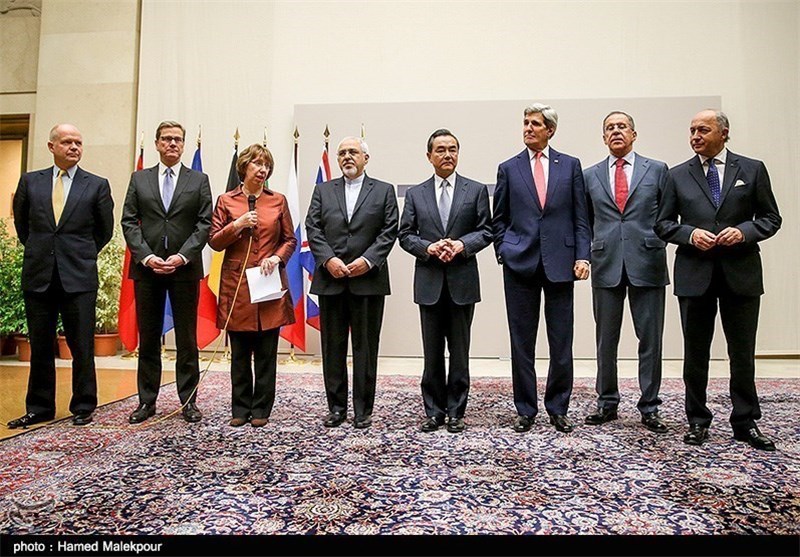 Iranian negotiators in Vienna for new round of nuclear talks

TEHRAN (Tasnim) – The Iranian team of nuclear negotiators, led by Foreign Minister Mohammad Javad Zarif, arrived in Vienna on Wednesday to hold a fresh round of talks with representatives of six world powers on Iran’s peaceful nuclear program.

The Austria’s capital of Vienna, home to one of the four headquarters of the United Nations, is geared up to once again host nuclear negotiators representing Iran and the Group 5+1 (Russia, the US, Britain, China, France and Germany) for another round of high-profile nuclear talks, due to kick off as early as Wednesday.

Later today, the Iranian chief negotiator and foreign minister, Zarif, is scheduled to hold a meeting with European Union Foreign Policy Chief Catherine Ashton, who liaises with Iran on behalf of the six countries.

The two sides have already held several rounds of talks with the aim of putting an end to the decade-long standoff on the Islamic Republic’s peaceful nuclear activities.

Following the Geneva deal, they convened another meeting in Vienna from February 18 to 20 in order to discuss the priorities for the future negotiations and work out a framework for an ultimate and comprehensive agreement.

Afterwards, the Austrian city once again brought delegates from the seven nations together on March 18-19, in order to discuss Iran’s uranium enrichment program, the country’s Arak heavy-water reactor and the western sanctions against Tehran.

They once again gathered in Vienna on April 8 and 9 to further narrow down differences and move closer to an ultimate, comprehensive nuclear accord.

The fourth round of so-called Vienna talks was held in mid-May, when the negotiating parties moved one step closer to draft the text of a long-awaited agreement.

Later on, the seven nations convened the fifth round of negotiations in the Austrian city on June 17 and finally started the process of drafting of the text of the final deal, titled the “Joint Comprehensive Plan of Action”.

At the end of the four-day talks, chief negotiator Zarif had announced that there were agreements on some parts of the draft, but at the same time differences remained over a number of issues.

And now, the negotiating parties are preparing to launch the 6th round of talks in the presence of the high-profile political directors on Wednesday. Meanwhile, a group of renowned experts in international law, including Jamshid Momtaz, accompanies the team of Iranian negotiators to give consultation in the course of talks.

The US has also dispatched a delegation of fifteen diplomats to Vienna for talks on Iran’s peaceful nuclear energy program.