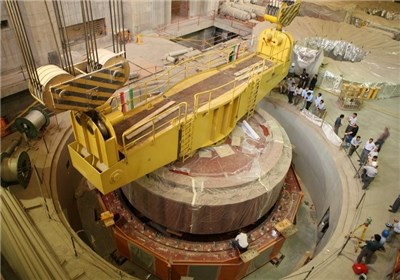 TEHRAN (Tasnim) – The electricity produced by Iran’s hydroelectric power plants has witnessed over 9 percent increase since the beginning of the current Iranian year (March 21, 2014 – July 2, 2014).

The amount of energy produced by hydroelectric power plants since the beginning of this year, has reached 4,584,898 megawatt hour (MWh), which is 9.4 percent higher, compared to the same period last year, the Ministry of Energy said in a report on Wednesday.

According to the report, the amount of power produced by the country’s hydroelectric power plants in operation currently stays at 10,529 MWh.

In recent years Iran has put greater emphasis on participation of domestic and foreign investors in electricity generation sector, with projects underway to add 40,000 MWh more capacity to the national grid.

After the 1979 Islamic Revolution, the construction of hydroelectric power plants in Iran became both a popular private and public venture.

Earlier on Tuesday, the Azerbaijani president approved the agreement based on which Iran will construct two hydroelectric power plants over the Aras River, which flows along the border between the two countries.

President Ilham Aliyev officially approved the deal signed by Iranian and Azerbaijani officials back in April. The agreement was ratified yesterday by the Parliament of Azerbaijan back in June.