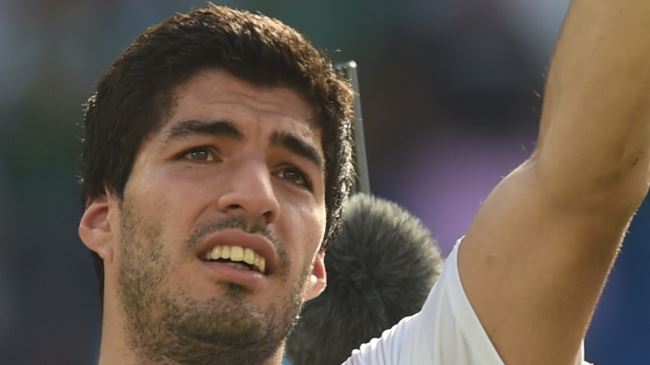 Barcelona has reportedly not abandoned its ambitions to sign Liverpool’s Luis Suarez, Spanish media have reported.

The media have said the club were still ready to buy him should he offer an apology for biting Italian defender Giorgio Chiellini during 2014 World Cup.

The 2014 World Cup clash, which saw Uruguay sinking Italy, also saw Suarez sinking his teeth into Chiellini’s shoulder, prompting the prospect of a ban for the forward. In reflex action, Chiellini shot up his shoulder, which was followed by Suarez’ apparently pretending to have received serious injury from the reaction.

In a Twitter message on Monday, he admitted to causing the incident for the first time and promised he would not do it again.

Barcelona’s sporting director Andoni Zubizarreta said on Tuesday, “Suarez has had the character and the humility to acknowledge his mistake. That is important.”

“That’s the starting point for a person’s recovery process.”

Zubizarreta, however, declined to comment on the prospect of the club signing him. “Luis Suarez is an excellent player and everyone knows it. But everyone also knows that he is a Liverpool player.”