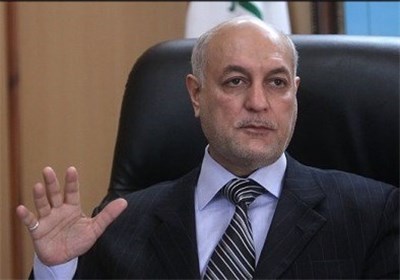 Speaking to the Islamic Republic of Iran Broadcasting (IRIB) on Tuesday evening, Mohammed Majid Al-Shaikh said after the religious decree (Fatwa) issued by the Iraqi Shiite Cleric, Grand Ayatollah Ali Al-Sistani, some three million people volunteered to fight the so called Islamic State in Iraq and the Levant (ISIL).

The ambassador pointed out that the ISIL aims at toppling a democratically-elected government in Iraq, adding that the Takfiri (extremist) groups could capture the city of Mosul due to betrayal of some military officers and local elements.

The Iraqi envoy further stressed that there is no division between Shiite and Sunni Muslims in Iraq, as in many regions such as Baghdad the two groups live peacefully.

Al-Shaikh emphasized that the division between Shiites and Sunnis is a plot followed by al-Qaeda and Takfiris as well as some foreign countries, but said the plot was foiled thanks to the vigilance shown by senior cleric, the political elites, and the nation.

Over the past days, Iraqi armed forces have been engaged in fierce clashes with the terrorists, who have threatened to take their acts of violence to the capital, Baghdad. However, the ISIL’s advance has been thwarted as Iraqi military and volunteer forces have begun engaging them on several fronts.

Iraq’s Prime Minister Nouri al-Maliki has recently said Baghdad’s air and ground forces will turn the tide against Takfiris and their associated militant groups within days. Maliki has vowed that the country’s security forces would confront the foreign-sponsored militants.