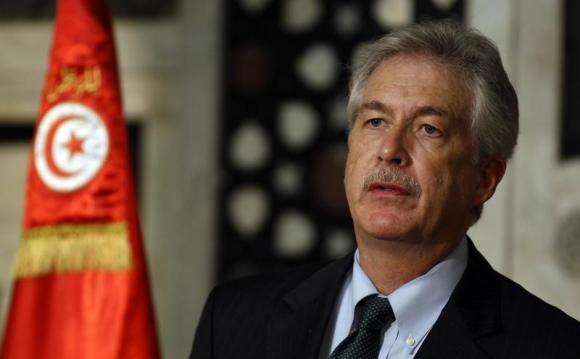 (Reuters) – U.S. Deputy Secretary of State Bill Burns is expected to attend talks between Iran and major powers in Vienna this week that aim to strike a nuclear deal by July 20, diplomats said.

The presence of Burns, who led secret negotiations between Iran and the United States that helped yield a November interim nuclear agreement with Tehran, would open up the possibility of bilateral talks between the two long-time antagonists.

Burns has met the Iranians twice in the last month, first in Geneva for bilateral talks in an apparent effort to break a logjam between Tehran and major powers on the nuclear issue and then in Vienna, where the wider nuclear talks take place.

During the latter talks, he broached the possibility of U.S. and Iranian cooperation to try to stabilize Iraq against an onslaught by Sunni militants.

The primary disagreement between the United States and Iran is over the Iranian nuclear program, which Washington and some of its allies suspect is designed to produce atomic weapons. Iran denies this, saying the program is for peaceful purposes.

The United States along with Britain, China, France, Russia and Germany, a group collectively known as the P5+1, and Iran reached an interim pact on Nov. 24 under which Iran won some relief from economic sanctions in return for reining in some of its nuclear activities.

Their target is to reach a comprehensive nuclear agreement that would lay to rest Western concerns about the Iranian program and comprehensively ease sanctions on Tehran by July 20, but outside analysts and diplomats are deeply skeptical they can achieve this.

The new round of talks starts on July 2 and will continue until at least July 15.

Western officials have said very little progress has been made after five rounds of talks since February toward striking a deal that could end years of hostility and defuse the risk of a new war and a nuclear arms race in the Middle East.

For the six powers, the overarching goal is to extend the time Iran would need to assemble an atom bomb, if it chose to do so. To achieve this, they want Iran to cut the number of centrifuges in operation. Centrifuges are machines that purify uranium for use as fuel in atomic power plants or, if purified to a high level, weapons.

Both sides have said their goal is to have a deal by July 20 and avoid a difficult extension of the interim accord which expires then. Privately, Western diplomats say they would be willing to consider extending the interim deal and continuing talks beyond July 20 only if an agreement was clearly in sight.