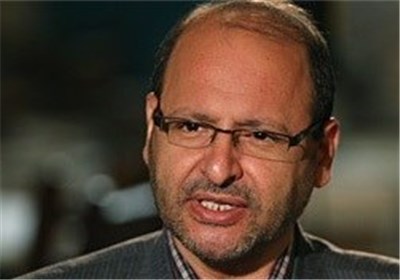 ISIL, US excuse for return to Iraq: MP

TEHRAN (Tasnim) – An Iranian legislator accused the US of trying to retake control of Iraq by fueling ISIL insurgency in the country.

“Americans seek renewed presence in Iraq by (using) the ISIL (as an excuse). They want to prepare the ground for intervention in the region by the presence of their forces in Iraq,” Ahmad Bakhshayesh, member of the Iranian Parliament’s National Security and Foreign Policy Commission told the Tasnim News Agency.

The lawmaker also called on the Iraqi government to further exercise vigilance in the face of Washington’s schemes.

The US has started to deploy troops to Iraq as what it calls part of a plan to help Iraqi government’s fight against the ISIL terrorists.

Officials said on Monday that Washington is ramping up its military presence in Iraq, deploying around 300 additional troops as well as helicopters and drone aircraft to the Arab country.

The forces are in addition up to 300 military advisors that US President Obama authorized to be deployed to Iraq partly to set up two joint operations centers.

Back on June 22, Supreme Leader of the Islamic Revolution Ayatollah Seyed Ali Khamenei voiced Iran’s strong opposition to the acts of interference by the US or other foreign countries in Iraq’s internal affairs.

“We are vehemently opposed to interference by Americans and others in Iraq’s internal affairs and do not endorse it, because we believe the Iraqi government and nation and the country’s religious leadership (Marja) have the capability to end this sedition and will do that by the grace of God,” Ayatollah Khamenei stated at the time.

Elaborating on the hostile plots hatched by the outsiders in Iraq, the Leader stated that “the Western hegemonic powers, specifically the United States of America regime” are seeking to take the advantage of a number of proxies’ “ignorance and bigotry” to carry out their plots in Iraq.

The main objective behind the recent incidents in Iraq, Ayatollah Khamenei explained, is to deprive the Iraqis of the whole things they have achieved in spite of the US presence and interference in their country, the most important of which has been democracy.

The ISIL militants have stormed across much of northern Iraq, capturing several cities, seizing several border crossings with Jordan and Syria and advancing to capital Baghdad.