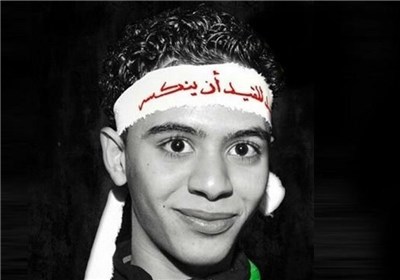 TEHRAN (Tasnim) – A Bahraini court has sentenced a teenage protester to 65 years in prison for taking part in anti-regime protests in the tiny Persian Gulf monarchy.

Akbar Ali al-Kishi is the youngest Bahraini activist put in jail by the Al Khalifah regime.

Kishi was wounded in April 2009 by birdshot pellets when he was only 14 years old after Bahraini forces attacked a protest rally in the village of Sanabis.

He has also been arrested by regime forces several times since 2010 and was tortured in Bahraini prisons.

Scores of people have been killed and many others put behind bars by regime forces since the outbreak of a popular uprising in Bahrain more than three years ago.

The protesters demand the downfall of Al Khalifah regime and want the establishment of a democratically elected government in the tiny Persian Gulf state.

Pro-democracy rallies are held in Bahrain almost on a regular basis in defiance of the deadly crackdown by Al Khalifah regime.