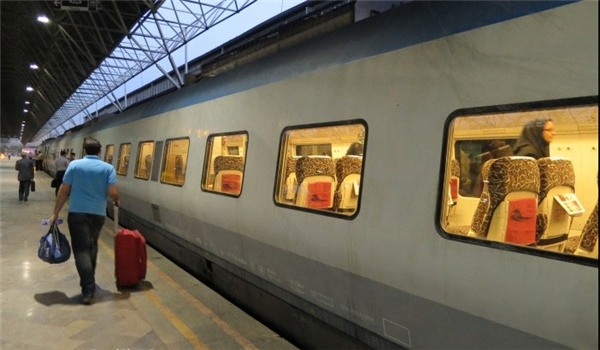 TEHRAN (FNA)- Iranian and Chinese officials signed a contract to electrify the railway linking the capital city of Tehran to the holy city of Mashhad in Northeastern Iran.

The project is due to be implemented by an Iranian-Chinese consortium, including the Iranian companies of MAPNA, MAPNA Ehdas and MAPNA International and the Chinese CMC and SU Power firms.

In relevant remarks in May, Manager of the Electrification Project of Iran’s Railways Qassem Saketi told FNA that his department was “obtaining the necessary licenses for implementing the project through 85 percent of foreign finance”.

Saketi said the remaining “15 percent will be financed by the (Iranian) government”.

He noted that project would be implemented within the framework of the engineering, procurement, construction and finance (EPCF) contract in a 42-month period.

Saketi said once the project is accomplished, “the passenger capacity of Tehran-Mashhad railway will be increased from the current 14 million passengers per year to 35 million”.

He explained that the electrification project would increase the cargo capacity of Tehran-Mashhad railway to 10 million tons per year as well.

The electrification project will shorten the interval of travel between Tehran and Mashhad to 6 hours from the current minimum 12 hours as the train’s top speed will hit the 200 km/h maximum.