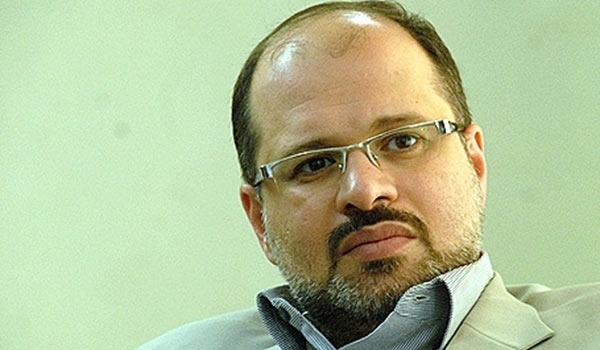 Hamas asks for Iran’s support for Palestinians against Israeli aggression

TEHRAN (FNA)- The Palestinian resistance group, Hamas, in a letter to Iranian Parliament Speaker Ali Larijani asked for Tehran’s support against the intensified aggressive moves made by the Israeli regime.

“Given the tragic situation in the Middle-East region, unfortunately at present the situation of Palestine is not under the focuse of the political circles and is no more a priority for the region and the world’s media,” Hamas’s representative in Iran Khalid al-Qoddoumi said in a letter to Larijani on Sunday.

“Misusing the situation, the Zionist enemy has intensified its attacks against the Palestinians under different pretexts and is attempting to take advantage of the regional situation to its interests in the best possible form,” he added.

Qoddoumi pointed to some instances of the Zionist regime’s recent atrocities against the Palestinian people, and called for Iran’s increased support for them.

Also on Saturday, Hamas Politburo Chief Khalid Mashaal voiced his deep concern over the recent attacks by the Israeli security forces on innocent civilians in both the West Bank and the Gaza Strip, and called on Tehran to continue extending its full support for the Palestinians.

In a letter to Iran’s President Hassan Rouhani, Mashaal strongly criticized the mounting atrocities of Tel Aviv against the defenseless Palestinian civilians.

Mashaal further asked the Iranian president and nation to continue their support for the Palestinian nation to enable them to resist against the Zionist occupiers.

Over 300 Palestinians, including Hamas members and lawmakers, have been detained in recent days.

Tel Aviv accuses Hamas of being behind the disappearance of the three missing Israeli settlers. However, the group has denied any involvement.

Hamas says Tel Aviv’s allegations about the abduction of the three Israeli settlers by the Palestinian resistance movement are aimed at torpedoing the recent reconciliation deal between Hamas and Fatah.

In April, Palestinian factions Fatah and Hamas signed an agreement to end years of rivalry and form a unity government. The move irked Washington and Tel Aviv.