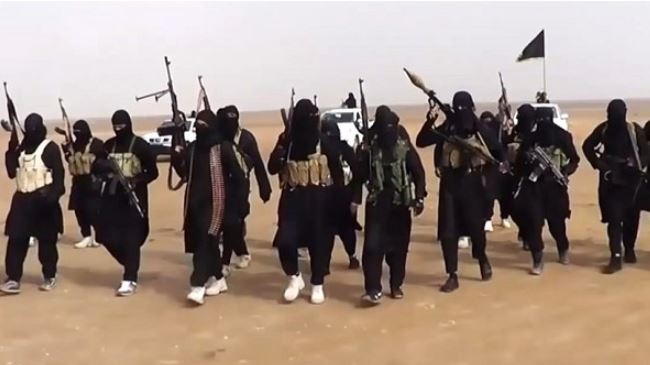 A file photo of ISIL Takfiri militants in Iraq

“We insist on the necessity of respecting Iraq’s independence, sovereignty, national unity and territorial integrity within the framework of the country’s Constitution,” Iranian Deputy Foreign Minister for African and Middle Eastern Affairs Hossein Amir Abdollahian said on Sunday.

He made the comments in reference to recent remarks by Israeli Prime Minister Benjamin Netanyahu, who voiced support on Sunday for the separation of Iraq’s northern Kurdistan region from the country.

Amir Abdollahian said that the prudent Iraqi Kurdish leaders are not seeking autonomy and abide by the country’s Constitution.

“Certain parties talking about the disintegration of Iraq are not aware of its repercussions,” he noted.

Elsewhere in his remarks, the Iranian diplomat said that “the remnants of the ousted regime of former Iraqi dictator Saddam Hussein and Takfiri (extremist) terrorists” will not be allowed to jeopardize security in Syria and in the region.

Now, in an apparent clash against the international community’s support of a united Iraq, the Israeli premier has called to back the de-facto independence of Kurds.

“We should…support the Kurdish aspiration for independence,” Netanyahu was quoted by RT as saying.

Meanwhile, Israeli President Shimon Peres told US President Barack Obama that “the Kurds have, de facto, created their own state, which is democratic.”