ˈMinus 2ˈ at City Theater 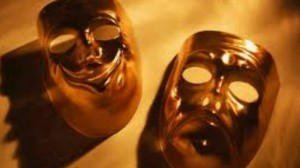 The play narrates the story of two patients, running away from hospital, and their encounter in the course of their escape.

Benchétrit is a promising playwright and has an instinctive mind. His first play was ‘Comedy on a Railway Platform’ (2001). He also made short films, including ˈStory of Tower Lˈ and ˈI Always Wanted to Be a Gangsterˈ.