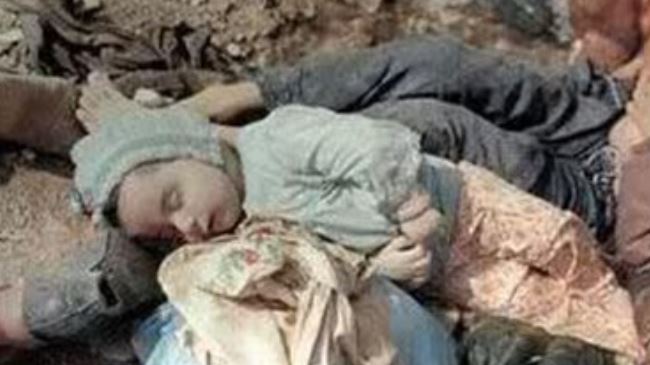 The director-general of the Organization for the Prohibition of Chemical Weapons (OPCW) has paid tribute to victims of Iraqi chemical attacks on an Iranian border city 27 years ago.

“On behalf of the …OPCW, I wish to convey my deepest sympathies to the authorities and people of Sardasht for those who suffered and perished as a result of this horrendous attack,” Ahmet Uzumcu said in a statement on Saturday.

On June 28, 1987, over 130 Iranians civilians were killed and some 5,000 injured after Iraqi planes dropped sulfur mustard gas bombs on residential areas in Iran’s northwestern city of Sardasht.

Uzumcu said the residents of Sardasht were subjected to the “atrocity” of chemical weapons by executed Iraqi dictator Saddam Hussein, adding that “many of the victims continue to bear the painful consequences of exposure to chemical weapons.”

“It is our shared responsibility to ensure the success of the Chemical Weapons Convention in the years ahead, including achieving universal adherence,” he said.

According to reports, the use of chemical weapons by Baghdad during the eight-year Iraqi imposed war on Iran (1980-1988) inflicted over 100,000 casualties on the Iranian side, with many others dying on a daily basis as a result of their injuries. Around 20,000 Iranian soldiers were killed instantly by nerve gas.

Sardasht was the main target of Iraq’s chemical bombardments during the war. The city was attacked with mustard gas bombs twice.

Many children gradually lost their vision after birth as a result of the chemical bombardment. A quarter of the population of that time is still suffering from severe illnesses.

Iran has slammed Western countries for providing the former Iraqi regime with chemical arms in the 1980s.