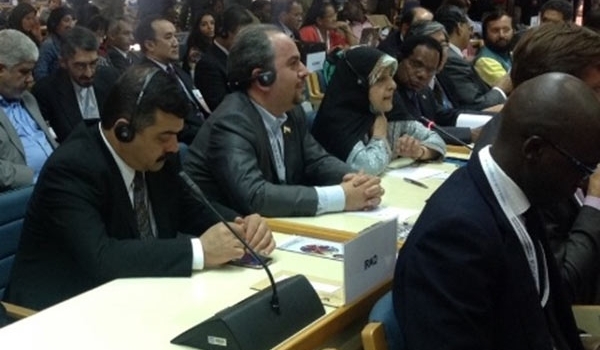 TEHRAN (FNA)- Iran’s Vice-President and Head of the Department of Environment Masoumeh Ebtekar and Kenyan President Uhuru Kenyatta in a meeting in Nairobi on Sunday underlined the need for the further expansion of mutual cooperation, specially in ecotourism, wild life management and protected zones.

During the meeting in the Kenyan capital today, Ebtekar and Kenyatta explored avenues for bolstering and reinvigorating bilateral ties.

During the meeting Ebtekar pointed to the status quo of Iran-Kenya relations, and said, “Iran and Kenya should broaden their relations in ecotourism, wild life management and protected zones.”

The Kenyan president, for his part, pointed to the importance of the two countries’ relations, and said, “The two countries should deepen their cooperation in different areas.”

President Kenyatta also said he is much willing to meet his Iranian counterpart Hassan Rouhani in the near future.

The Iranian vice-president is in Kenya to attend the United Nations Environment Assembly (UNEA) in Nairobi on June 23-27.

Around 1065 participants from 163 member countries as well as 113 ministers attended the 4–day meeting in Nairobi.