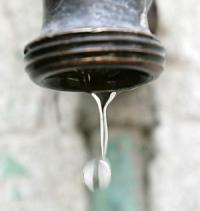 The governor of Eastern Azerbaijan announced on Saturday night that the province’s water and power supply are in a critical state, and until the situation returns to normal, the provincial Crisis Management Base will take over the administration of affairs.

It was revealed in an earlier announcement by the deputy of Iran’s Water and Sewage Works that several Iranian cities will soon begin rationing water.

IRNA reports that according to the Eastern Azerbaijan governor, the Crisis Management Centre will not necessarily restrict access to power and water but rather will use various methods to handle the water and power shortages.

There has been definite talk that anyone using more than 30 cubic metres of water per day should be cut off from the supply.

Reducing the number of hours worked is another method proposed for conserving power and water in the province.