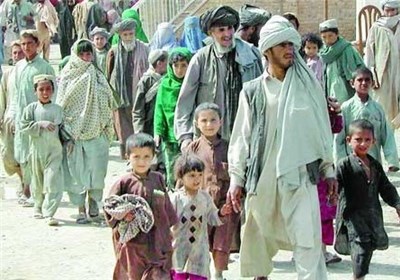 TEHRAN (Tasnim) – The office of the United Nations High Commissioner for Refugees (UNHCR) in Tehran slammed the US sanctions on Iran, saying such sanctions have hindered humanitarian supports Iran provides for the refugees inside the country.

“In general, the global economic situations have negatively affected our sources of income in the humanitarian community while the sanctions compound such difficulties,” said the UNHCR representative in Tehran Sivanka Dhanapala in his meeting with Director General of the Iranian Interior Ministry’s Bureau for Nationals and Immigrants Aziz Kazemi.

The UN official also praised “generous” supports Iran has provided for the foreign refugees despite all the sanctions the country has suffered from.

Kazemi for his part criticized entangling political and humanitarian issues and emphasized that the case of refugees should definitely be differentiated from other global issues.

The punitive measures introduced against Iran by the US Department of the Treasury have limited the amount of humanitarian aid that can be transferred into Iran.

The sanctions have also complicated efforts to provide shelter, food security, information and legal assistance, water and sanitation, and education to the refugees.

Iran is one of the global record-holders in hosting millions of refugees from neighboring countries for more than three decades, only 860,000 of whom are registered.

Since former Soviet Union invaded Afghanistan in 1979, hundreds of thousands of Afghan refugees fled to Iran and resided in different Iranian cities.

Iran also provided asylum for hundreds of thousands of Iraqi refugees who had been uprooted as a result of the Persian Gulf War in early 90’s.