Iran manufactures over 95,000 cars in one month 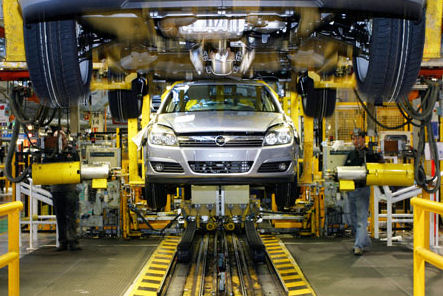 TEHRAN (FNA)- The Iranian auto industry manufactured 96,765 vehicles in the third month of the current Iranian calendar year, (May 21-June 21) showing a 103.6 percent jump in comparison with the same period last year.

In April, the president of Iran and the Middle-East’s largest car manufacturing company, Iran-Khodro (IKCO), said his company was set to manufacture 600,000 passenger cars and pick-ups by March 2015.

“Iran-Khodro is supposed to improve its car making capabilities in a four-year plan; to achieve this it needs to present a new car with IKCO brand every other year,” Hashem Yeke Zare said.

“We are determined to export 30 percent of our products up to 2015,” emphasized the CEO.