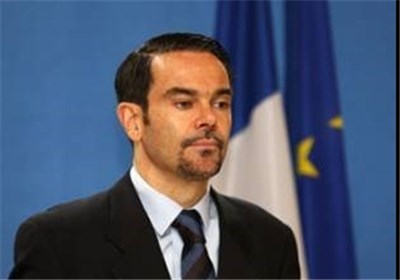 TEHRAN (Tasnim) – A senior French official said on Friday that Paris, along with its partners, is determined to pursue “serious, but difficult and complex” talks with Iran to try to get a comprehensive agreement on the Iranian nuclear issue.

Iran and the Group 5+1 (the five permanent UN Security Council members plus Germany) are scheduled to hold a fresh round of high-profile talks in the Austrian capital of Vienna on July 2 with the aim of drafting a comprehensive deal to resolve the decade-long standoff over Tehran’s peaceful nuclear energy program.

“We are determined with our partners in the ‘Six’ to arrive at a long-term solution to ascertain the exclusively-peaceful end use of the Iranian program,” French Foreign Ministry spokesman Romain Nadal was quoted by the Kuwait News Agency (KUNA) as saying.

“We continue to expect from Iran that it rapidly take the necessary decisions with a view to a credible, complete and lasting agreement,” he added.

“These talks are continuing. They are serious. They are difficult and, with our partners, we have never hidden this,” the French diplomat reiterated.

Nadal emphasized that the French position was based on the quality of the agreement and the duration of the process was not the issue.

“Concerning a timetable for the end of these discussions…what is important is not the end date of the talks but the content,” Nadal affirmed.

He said the agreement with Iran “must reassure the international community on the finality of Iran’s nuclear program.”

He also claimed that “Iran had not respected its obligations for many years” and had been sanctioned by the UN several times because of “the crisis of proliferation” that this caused.

But Nadal stressed that the conditions were now different because of the interim agreement signed between the G5+1 last autumn and he indicated there was a new “dynamic” in the talks compared with previous fruitless negotiations.

“The context was different (then),” Nadal responded to KUNA questions. “There was a period when the negotiations failed because Iran gave no guarantee and did not engage in clear, transparent cooperation with the IAEA and did not respect its international obligations.

Back in 2013, Paris dashed the hopes that a deal would be hammered out during the talks before Iran and the Group 5+1 (the five permanent UN Security Council members plus Germany) could reach an interim nuclear agreement in the Swiss city of Geneva back in November.