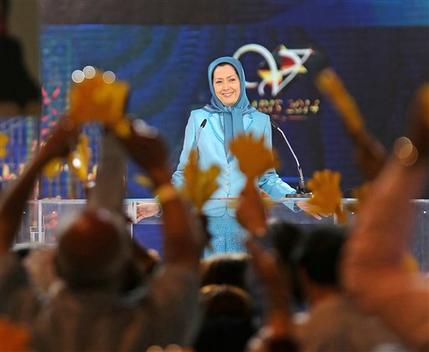 VILLEPINTE, France (AP) — France’s government is condemning an Iranian opposition group that has drawn huge crowds to rallies outside Paris.

French Foreign Ministry spokesman Romain Nadal criticized the People’s Mujahedeen of Iran, or Mujahedeen-e-Khalq, for “its violent and non-democratic inspirations,” “cult nature” and “intense campaign of influence and disinformation.” The terms were unusually harsh for the French government.

Tens of thousands of people rallied Friday in support of the France-based group, including top former U.S. government officials and generals.

Co-leader Maryam Rajavi called the French criticism a “gift to the mullahs” in charge of Iran.

The group has 3,000 former fighters in a camp in Iraq and fears for their safety given recent violence there.