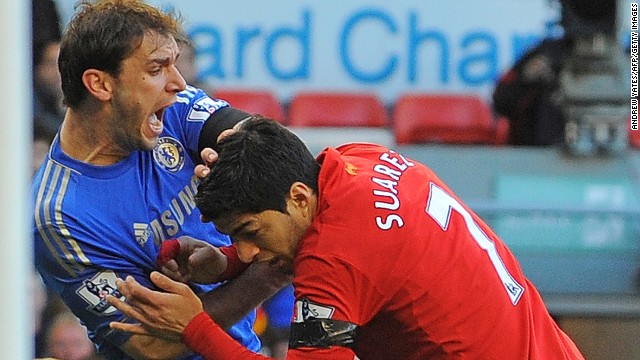 Uruguay’s President Jose Mujica has come to the defense of his country’s soccer player Luis Suarez, who is at the center of a World Cup controversy for allegedly biting an Italian opponent.

“I did not see him bite anyone. But they give each other so many kicks and blows and normally they put up with it,” President Mujica told reporters on Wednesday.

He further described the Uruguayan striker, who may be banned if found guilty, as “an excellent player,” according to local press reports.

Uruguay’s Football Association chief Wilmar Valdez also stated on Wednesday that there is insufficient proof to ban the striker for biting an Italian defender.

“We understand that there is not sufficient evidence to truly sanction Luis,” Valdez said in a televised interview. He further added that the video evidence shown at a FIFA disciplinary hearing was “not clear.”

World Cup organizers scrambled Wednesday to quickly decide on a punishment before Uruguay plays Colombia Saturday in the round of 16.

“We have to resolve it either today or tomorrow,”’ FIFA disciplinary panel member Martin Hong told reporters Wednesday. “’It’s our duty to see justice done.”

Suarez’s teammates, coaches and fans across his country have defended the soccer star over the past days despite his purported move to bite an Italian player.