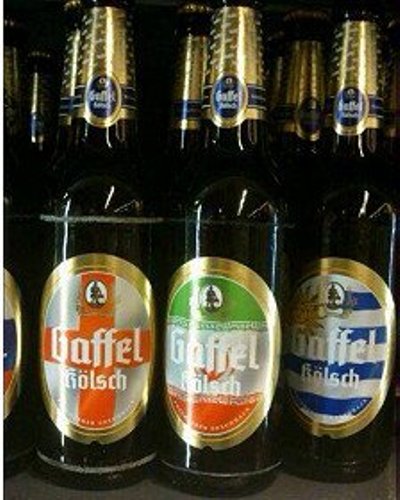 Berlin, Jun 26, IRNA — A German brewery stopped the sale and distribution of World Cup-themed beer bottles featuring the flag of the Islamic Republic of Iran following protests by the Berlin-based Iranian embassy.

Responding to a protest letter by Iranˈs diplomatic mission, the head of the marketing department of the Gaffel Koelsch beer-making company apologized for printing the Iranian flag on a limited edition of World Cup beer bottles, saying the beer-maker did not intend to insult the religious and moral values of Iranians.

The company official said he was unaware that the Iranian flag featured also religious symbols and scripture.

He added his company had already taken the controversial beer bottles off the shelves and halted also its distribution.

The beer was part of special edition bottles showcasing Iran and 31 other nations participating in the 2014 World Cup in Brazil.