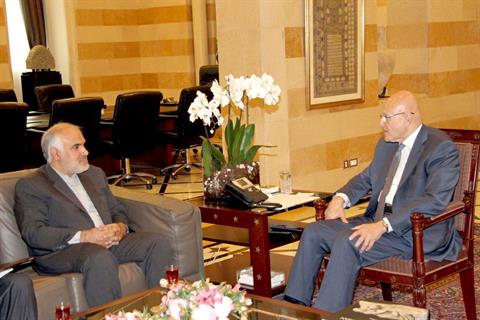 “It was an opportunity to congratulate the prime minister on the great achievements recently of the Lebanese Army in confronting these radical takfiri terrorist groups that are undermining Lebanon’s security,” Fathali told reporters following talks with Prime Minister.

He said discussions with Salam at the Grand Serail in Downtown Beirut had focused on bilateral relations between the two countries in all areas.

“The prime minister holds a positive vision toward good relations between the brotherly countries,” Fathali said.