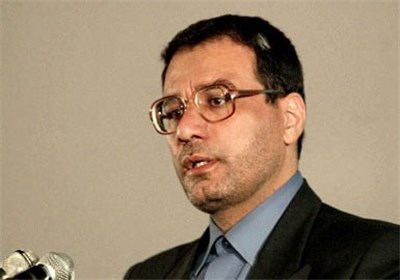 TEHRAN (Tasnim) – Iran’s Minister of Science, Research, and Technology mentioned on Tuesday his country’s readiness to supply all the countries especially the Islamic states with the research findings through enhancing scientific and technological cooperation.

Reza Faraji Dana’s remarks came during his meeting with the visiting Indonesian Minister for Research and Technology Muhammad Gusti Hatta after he outlined the importance of enhancing scientific ties with the Islamic states in Iran’s new diplomacy.

“Because of anti-Iran sanctions, we could develop our science and technology and managed to make significant advances in numerous fields,” added the Iranian minister.

The Indonesian official for his part pointed the commonalities between the two Muslim nations of Iran and Indonesia and emphasized the necessity for enhancing scientific and technological cooperation.

Hatta termed Iran as one of the major international partners for Indonesia during the past four years and expressed the hope for the establishment of common research consortium of Iran and Indonesia, calling it an opportunity for the Iranian and Indonesian scientists to reach common scientific achievements.