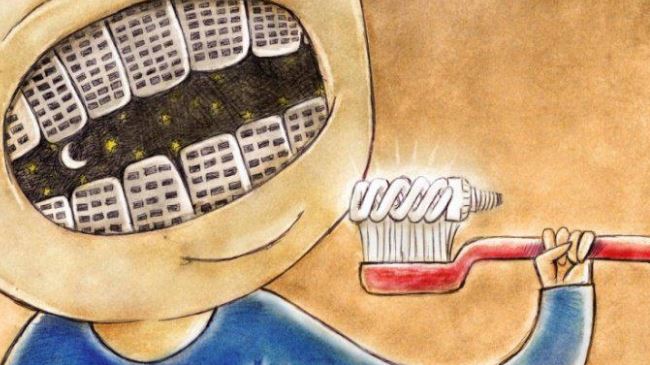 Four Iranian cartoonists have been honored at the 31st edition of Aydin Dogan Cartoon Competition in Turkey.

Iranian artist Mojtaba Heidarpanah has won the second prize while the first prize went to the Turkish cartoonist Kursat Zaman.

Three other Iranian cartoonists including Farzaneh Vaziritabar, Sajjad Rafei and Ali Reza Pakdel are among the 12 winners who received honorable mentions at the competition.

The Polish cartoonist Krzysztof Grzondziel was also named as the winner of the third prize of this year’s competition.

The winners were honored during an awarding ceremony in the Turkish capital city of Ankara on June 18, 2014.

Some 2556 works created by 814 cartoonists from 70 countries were submitted to this year’s competition.

Eminent Iranian cartoonist Dokhshid Ghodratipour was also among the members of the selection committee headed by the renowned American cartoonist and writer Liza Donnelly.

The selected works of the 15 finalists of the competition have been displayed during an exhibition kicked off on June 17 at the Milta Bodrum Marina Osmanli Tersanesi Kaymakamlik Art Gallery.

The Aydın Dogan International Cartoon Competition’s message is that “cartoons rely on tolerance and wisdom and form one of the building blocks of societies open to differences of opinion and beliefs.”